Director Gary Reid started his entertainment career performing water ski shows around the world in theme parks. It was always a goal for ShowTime to return to theme parks, but this time as a live show provider. 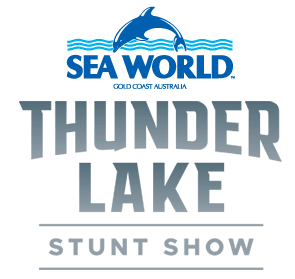 Launched in April 2019, Sea World has partnered with Australia’s leading stunt crew, Showtime FMX on the new show which includes some of the best water-ski, jet-ski and BMX performers in the country to take guests on a wild ride on water and land.

Village Roadshow Theme Parks Chief Operating Officer, Bikash Randhawa, said the Thunder Lake Stunt Show is a fast paced, visually spectacular show featuring non-stop action. “The Thunder Lake show centres around the Sun State All Stars and the Bay City River Rats with the two rival groups colliding in a showdown of extreme stunts to once and for all decide who rules the lake,” he said. “In addition to the jaw-dropping stunts, the Thunder Lake Stunt Show also features a very funny storyline with one of our characters sure to have the audience in stitches throughout the show."

The Thunder Lake Stunt Show runs twice daily at Sea World to give guests plenty of opportunities to see the best in non-stop action. 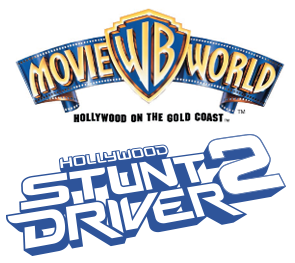 After 25 years in the entertainment industry both in Australia and world wide, ShowTime Entertainment Group, a division of ShowTime FMX Pty Ltd, was created to represent the theme park division of the business.

In February 2014, after performing special event shows across the previous four years ShowTime Entertainment Group became the official contractor of the feature stunt show at Movie World, which saw the introduction of the brand new show 'Hollywood Stunt Driver 2'. With a new team and new high performance vehicles, the new show has had Movie World guests and senior management talking that it has been the best show they have seen in years, which is a credit to the creativity and drive behind the ShowTime Entertainment Group brand.

If watching the show isn't thrilling enough, Movie World guests can get up close and personal to the stunt team and take a VIP Experience. Here guests are able to skip the queue into the arena and sit in priority seating, they get to take a back stage tour, meet the team and have photos and most exciting is guests get a go in one of the high powered vehicles all while being filmed. It is an experience not to be missed. To book your VIP Experience today click here

Have you ever wanted to go on to a movie set during the making of an action packed movie trailer? The Hollywood Stunt Driver 2 Experience will put you right in the centre of the action and is a must do for car and movie lovers alike!

Limited places are available each day so don’t miss out. Book now.